Had a party at our house to celebrate Daniel being 17. Hubby cooked an awesome fajita feast while three of our computers were used as gaming machines against each other (what can I say we are a house of geeks) and much merriment was had by all. I was kicking myself for being such a lousy mom and not having some decent birthday candles on hand and had to resort to improvising with some old trick candles I found in the junk drawer that we probably used when Daniel turned 6. I had a cup of water on hand to douse the offending candles and to get them out of the way before embarrassing anyone. To my suprise these things totally delighted a group of sophisticated teens who acted like they had never seen cake. The candles re-lit about a dozen times with just as many bursts of laughter while Daniel showed off his ability to circular breath. The whole thing was punctuated by applause.

Sometimes you just have to improvise. 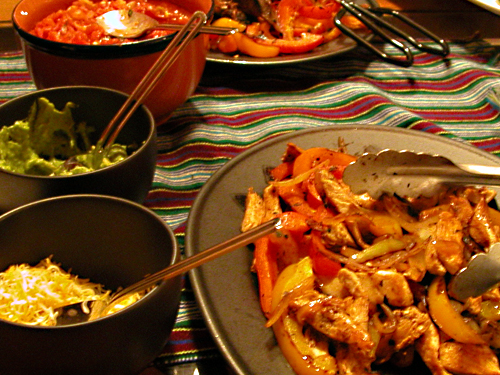 boy to girl ratio was a little lopsided. Hmmm... was the previous entry in this blog.

moving backwards sort of is the next entry in this blog.